Clergy abuse has been occurring in Pennsylvania for decades. Although these crimes are illegal, recent evidence has shown that church authority figures chose to cover up the incidents rather than expelling the clergy or reporting the events to the police. 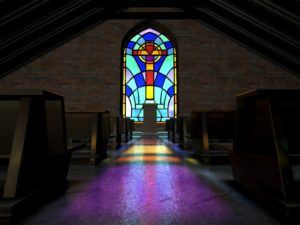 That has left hundreds, if not thousands, of children without a voice.

But now that these allegations have come into the light, it’s time to speak up. The Greensburg clergy abuse lawyers at Fellerman & Ciarimboli are working with clergy abuse victims across the state, making sure their voice is heard by both the Catholic Church and the justice system. We are prepared to fight for your rights and make sure these crimes never happen again.

Clergy Abuse in the Diocese of Greensburg: What You Should Know

In August 2018, a statewide grand jury released the results of a 2-year investigation into clergy abuse. The report listed the names of more than 300 priests accused of sexual abuse in six of the state’s eight dioceses, including 21 priests here in Greensburg. It revealed more than 1,000 children were abused throughout 70 years, amounting to nearly eight percent of the 5,000 priests who served in Pennsylvania during the seven-decade period.

Of the 21 priests named in the report, the majority are deceased. Those still alive have been removed from the ministry as a result of the allegations.

In light of the news surrounding clergy abuse, attorneys from Fellerman & Ciarimboli are actively looking to pursue justice on your behalf if you are the victim of a documented or undocumented incident of clergy abuse.

The Effects of Sexual Abuse

In a sexual abuse case, the perpetrator takes advantage of the victim by using their position of power to either force or threat, prey on their victim’s weaknesses, use coercion tactics, or a combination of all three. Victims of sexual abuse have most likely suffered from multiple forms of this unwanted behavior. The abuse can include molestation, indecent exposure, statutory rape, sexual assault, sexual harassment, and unconsented touching with or without clothing.

Sexual abuse incidents can be devastating and can result in negative effects that stay with the victims for a very long time, if not for their entire lives. Those who were abused by clergymen as a child may suffer from multiple ailments as adults, including:

Children might suffer similar effects if the abuse was more recent. In some cases, their behavior can take a drastic change for the worse. Abused children may change their eating habits, engage in risky behavior, and may even become overly sexualized.

You Have the Right to Seek Legal Action

If you are a victim of clergy abuse in Greensburg, you have the right to seek compensation -- such as economic damages in the form of medical and therapy bills. Victims may also be able to recover punitive damages, so individuals and institutions that wronged you are further punished for their actions.

In Pennsylvania, victims of abuse have the right to file a claim against any party who is liable for incidents. That means you will be able to file a lawsuit against the person who harmed you and the organization who attempted to conceal the abuse. If you speak up and tell your story, you will be standing up for your rights and protecting others from future acts of clergy abuse.

Our Greensburg Clergy Abuse Lawyers Are Here to Help

We understand your hesitation to come forward. Not only must you relive the memories of this traumatic experience, but you are going up against a powerful religious organization. While the feat seems impossible, our attorneys are here to make a difference.

The Greensburg clergy abuse attorneys at Fellerman & Ciarimboli will make sure your voice is heard and will represent your rights in the court of law.

If you are a clergy abuse survivor in Greensburg and ready to step forward with your story, contact us now for a free consultation.